[ed. note: We’re SO busy having a great time at camp that we haven’t found time to start getting blog posts up until now, Aug 1. We’ll edit later to add a few pics. For now we just want to get some words up!] 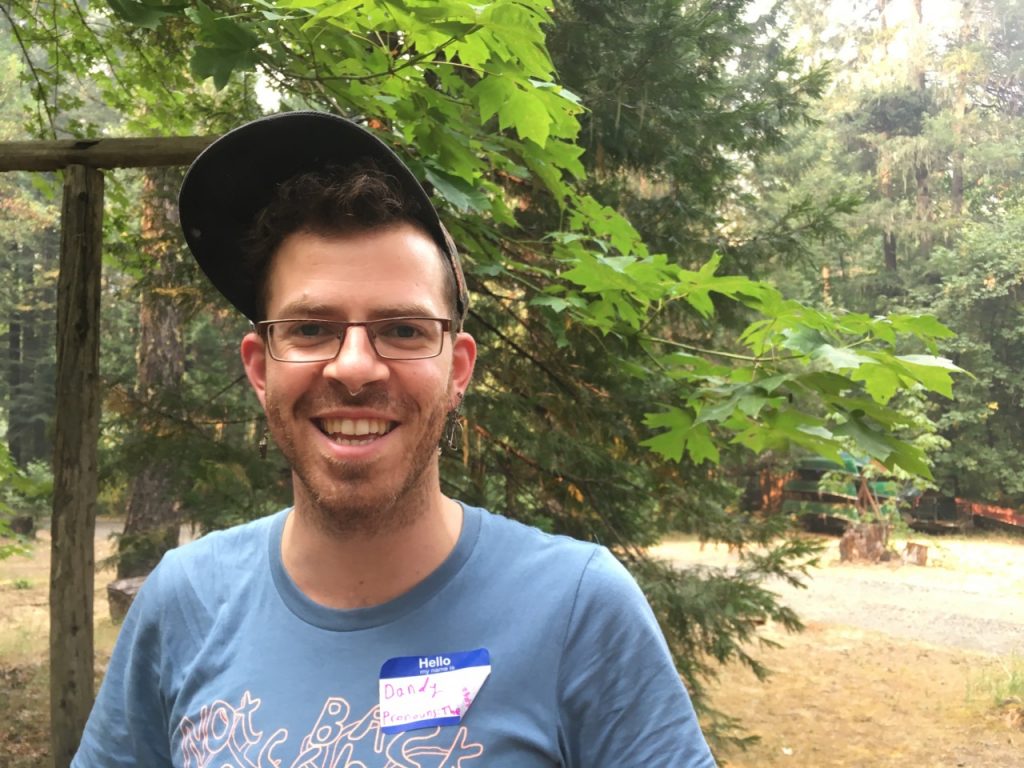 This was the common refrain that circled my head throughout my dreams as I slept on the outdoor daybed. 8:30, 8:30…

I awake at 7:30-ish. West coast morning dew all over everything. Spread the sleeping bag out in the sun, climb through the lavender bushes and stumble into the house, finding coffee and some others already awake. Great! On time so far.

Shower, and we begin to pile luggage into the trailer. Joking about whether or not we’ve properly closed it when we’re done, recalling past misadventures with a fondness that only comes with distance.

8:15. Who is travelling in whose car. Who is picking up the one person who spent the night across the river with another friend. Does everyone have everything they are intending to bring with them. (They don’t, but believe they do.)

8:40. The first car has left, but we are still milling about, trying to tie up last minute logistical emails. This isn’t surprising, and in fact we all feel some relief in knowing precisely in what way we’ll be delayed. Finally, roughly an hour or so past our strict departure deadline, we’re off.

“Turn onto X road until we get to Y and then merge onto Z.” Simple, familiar directions, and we all turn our attention to conversations of catching up on our year, who’s up to what, etc. Until eventually…

“Are we still going south?”

Scrambling to locate directions on phones, locate ourselves. We’ve drifted from our path. Well, no matter, it’s not as though we were behind schedule or anything.

We locate a parking lot, turn around, and before long are back on track, and hurtling down the busy freeway, surrounded by speeding pick-up trucks and slow, lumbering semi trucks, as we climb mountain passes and descend into the hazy air that is southern Oregon in the summer. We are delayed again only slightly when the car threatens to overheat. But hey, we needed a washroom break anyway.

Gas break, food break, another washroom break, and finally, we arrive at camp! I silently greet all the trees that I have grown to be fond of over the last several years, appreciating their unchanged presence.

And then, the meetings begin.

We gather in a circle, binders in hand, and begin the process of tying up all the logistical loose ends that will allow a smooth, stress-free session of camp to spin out before us, conjuring it into being with pens in hand.

Later, we make what will be the first of many trips up to the swimming hole, observing the poison oak that is creeping onto the path, and the trees that have toppled into the creek bed since last year. After that, more meetings.

Finally, as the day draws to a close, we retire to the common area of the staff cabin, reluctant to part company for the night, even though we know we will be in each other’s near-constant company for the next several days. The novelty of seeing old friends again has not yet worn off.

Eventually, we drop off one by one, leaving me with a new exciting work of fiction to begin reading, until I, too, slip off to bed.