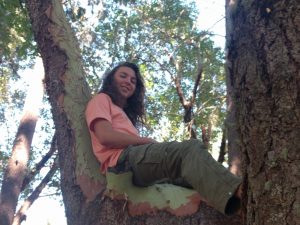 So, I wake up. It was a nice wake up, the first decent night’s sleep I had had since coming to camp (for various reasons). And because I had gotten an actually decent amount of sleep, I didn’t want to get up. So, I stayed in bed until ten minutes after the breakfast bell (which rings at nine fifteen). I’m talking about a big, fat, “camp bell” (fondly named Campbell), the kind that hurts your ears if you stand too close. So yeah, I get up for breakfast, and breakfast was, well, basically Egg Mcmuffins. Which were good.

After breakfast we had announcements and community meeting, which, frankly, was long and boring. (Who likes sitting silently for 40 minutes a day?) And after, advisee time, which is mostly spent in community building activity, such as; pass the squeeze, pterodactyl, and/or mind meld. After advisee time, I got caught up in an intense, like, seriously intense game of Egyptian Rat Slap, a violent game in which you brutally slap other people, cards, and the table in an effort to come out on top. I didn’t (didn’t win, that is), but I still had fun.

After that, I had my first ever Dungeons And Dragons experience. It was about ten people packed into the smallest building on the ‘campus’, the Library. (Which is not really treated as a library, just saying.) King, the D&D aficionado, laid out this huge playing mat, which was probably about the size of my appendage splayed body. It was a little slow going, as we did have a large group, but we eventually got past the (honestly) terrible jokes and to the story itself. We did not, however, have enough time to finish, which both sucked, and was relieving, as it’s not very fun playing with a large amount of people. Which is not to say that I did not have fun, I got to role-play as a grumpy, ass-holish gnome, with an extremely high pitched voice. So yeah, I got to essentially scream at people and be justified.

I had a burrito for lunch, and met with the Seeing/Seen Circle committee. I was sad because I did not get enough burrito. I was also sad because, as a first year, I did not have anything to contribute to the committee itself, and mostly stayed quiet and tried not to fall asleep. After lunch is siesta, and I’m like, ninety percent sure that it is either a European or Spanish tradition, so that’s cool. Anyway, during siesta I once more met up with the D&D group, and did things in this order: falling on my own sword, getting fucking, like, swatted across the room into a wall. (As can be inferred, yes, I almost died.) And then my group killed everything and it was ok!

At this point (you may be surprised), I was panicking! I had signed up for the Talent Show, which is pretty self-explanatory, and really felt like I was gonna mess up bad. So, I spent the next two hours practicing. Practicing one of the first songs fledgling guitarists learn – The House of the Rising Sun. I put a capo on the second fret of my guitar, because it makes it easier on my voice. I consider myself a good singer, and singing in the right tone only makes it sound better, you know? After a while I was feeling pretty confident – and worn out, as I don’t practice guitar very much. I ended up trying to figure out a way to put a harmonica sequence into the song, at which I succeeded, but chose later not to do at the show itself.

The Talent Show was a blast, you had Sam and MJ singing ‘Lava’ (which was a short movie from Inside Out), you had one of the other Sams doing a comedy skit revolving around a banana, you had a very beautiful performance by Willow, in which she sang an iteration of ‘Creep’, by Radiohead (good song, by the way), and then Keira performing an original, which was amazing. Also a very excellent Improv sketch by River and Bodhi, which made me laugh a lot. Then I went, sang, performed, and it went well, you know? It went really well.   After I sang and performed, Jenny (after some mild technical difficulties), got some music going and, oh how do I put this, danced. Imagine big, glowy balls on the end of see-through strings. She was able to, basically prettily, in highly complicated patterns, swing them around. It was awesome.

And then after the Talent Show was over, I jammed out with Kota, he on guitar, myself on harmonica. I ended up talking to Jasmine, and then went to bed. I don’t like brushing my teeth, but I have recently been forcing myself to in fear of the dentist, and then I listened to a couple of songs (specifically from the video game Pyre, which is amazing), and, yeah, hit the hay.

a few photos from Day 3, mostly by Dandy: 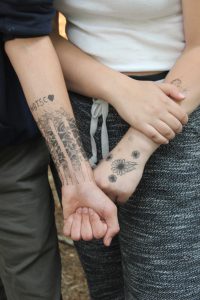 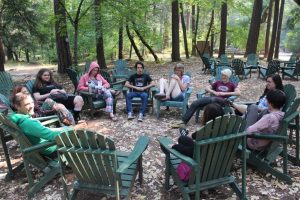 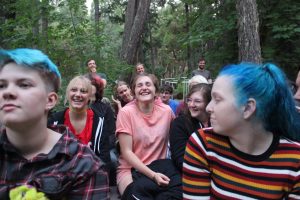