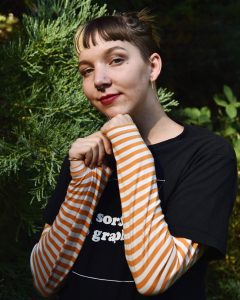 On August 19th, I drove into camp with Sydney. Camp wasn’t going to start until the 21st, but Sydney had to come early for staff orientation. And instead of trying to find extra housing and transportation for two days, I decided to come early with her. Arriving early to camp couldn’t have been better. On the months leading up to camp, NBTSC had barely crossed my mind. Whereas other years I’ve obsessed and counted down the days. But this year, my focus was taken up by community college classes, circus intensive, and packing up my life from Tucson to move to Bellingham the week before camp started. So I had a lot of other things to think about. Which is why coming to camp early benefited me so much.

I started to feel grounded, excited, and so so ready for camp. I heard about how many new campers were coming, and I reflected on what I wanted to bring to camp since I’m an older camper, culminating, and also on creation circle. I feel like I have a lot I’d like to live up to and accomplish.

So it’s August 21st! The first day of camp. I wake up excited, ready to finally have other people to spend my days with. I eat an amazing breakfast and lunch. So thankful for the kitchen staff already beginning to blow me away with their cooking, even when it’s a small group.

Campers didn’t arrive until 5 pm, so we had a lot of waiting to do. I did some watercoloring and ended up painting Sydney’s and Matt’s name tags, which was fun. We sat around the picnic table, an hour before campers arrived, relishing the quietness but also being so eager to get camp started. Until finally, the bus arrives!

It’s 5:30, and I’m introducing myself to all the new faces I see, and giving massive hugs to the friends I haven’t seen in a while. Everyone circles in the field, playing a quick game and beginning to get oriented. After, we break into advisee groups and eat dinner. I had some amazing vegan Mac n Cheese, while listening to others check in about how their day was and hearing Andy talk logistics and getting new campers more comfortable. We write intentions for the session, and we also write something we want to let go of (which is kept secret, and then given back to us at the end of camp so we can see how we’ve done).

At the end of advisee, it was time for our final event for the day: welcome ceremony. This is a time where everyone sits in the main lodge, and we take turns reading all the intentions written by everyone during advisee time. It’s one of my favorite parts of camp, because you get to hear what others are excited for, and what they hope to create. I was finally feeling SO ready to experience camp to its fullest. I don’t know if coming into camp with zero expectations had something to do with it, but it makes sense that it would. Just being open is the best way to come to camp, I think.

Anyway, after a short dance party on the porch with my friends, I headed off to bed. I laid in bed feeling so grateful that I’m culminating, and am able to put my best foot forward and be a positive influence for new campers and camp in general. So I’m very excited to see how the rest of the session pans out. But for arrival day, that’s all I got!